Temitope Adewale, an aide to All Progressives Congress (APC) National Leader, Asiwaju Bola Tinubu, speaks on his aspiration to contest 2019 elections to represent Ifako Ijaiye Constituency 1 in the Lagos State House of Assembly and youth participation in politics.

Why are you venturing into partisan politics?

Despite the fact that I grew up in a house filled with great politicians, this never made me see myself as one. I have always wanted to be self-made as an entrepreneur. I have achieved that couple with my experiences working in government and also on political fronts.

All these I must say have prepared me and also exposed me to the plight of the people. We have been together all through the journey of life because I was born here and I grew up in Ifako Ijaiye. The people in Ifako-Ijaiye Local Government of Lagos State, most especially the youth have drummed up their support for me to represent them in the state of Assembly come 2019 and I am responding to their clarion call. My journey into politics was divine and I owe it all to God, my late father and most of all to my father and mentor, Asiwaju Bola Tinubu.

Having worked with Tinubu, how would you describe him?

He is a unique man; first among equals and one of a kind. He is a man who doesn’t need to know your background, where you come from. When he identifies the talent in you, he will take you on and he will never let you go until he develops your potential to the fullest.

He will brush you up and make you what you want to be and what he feels you need to be. He can make a no talent person to be the most talented person. He takes his time to build, a freehearted amazing man. He is a political genius, one of the best strategists l have ever seen or met. He is a great leader and father to many who know him and those he has extended his goodwill to.

Lagos State has a good succession plan. Will you say it is because of its peculiarity as a state or because of Tinubu’s leadership skill?

Lagos State is a mini-country because of its population, which can also lead to a lot of damages to the state itself if not well managed. Former governors of the state like Mobolaji Johnson and Alhaji Lateef Jakande, did fantastic jobs, but the magic was that a young blood was injected into the system in 1999, in the person of Asiwaju Tinubu.

As a young man, he came with his vision and ideas and he was given total support. Though he had his own challenges as a result of his vision, the president then could not control him and his vision. Due to this, he fought battles all the way until he won and after winning, he built a cabinet that sustained him.

In the process, he sat back to choose a successor in the person of Babatunde Fashola, who now came to fully actualize his dreams and vision through the blueprint that was given to him. We have also seen the tremendous work his successor, Governor Akinwunmi Ambode, is doing now in turning Lagos to its full state of a mega city.

Do you feel that the time has come for the youth to take their proper place in Nigeria’s politics?

I am one of the pioneers of the campaign. It started in 2009. Some Nigerians of like minds came together to create a youth group called the Young Achievers Campaign Organisation of Nigeria (YACOON). We traversed the length and breadth of the 57 local governments in Lagos State.

I was also a pioneer member and volunteer of All Progressive Youth Forum (APYF) under the leadership of Barr Ismail Ahmed, the present Senior Special Assistant to Mr. President. Our idea was to ensure that Nigerian youths get involved in politics, which was a difficult task then because most of our elders were at the helm of affairs, and they were actively involved, which makes it difficult for us.

More so, most national youth leaders of our political parties were well above 45. We then said let us come together, unite and fight this battle together because about 60 per cent of Nigeria’s population are youths. We are the ones who will vote for the respective political positions. We make the decisions of who is going to be the president, governor or who represent us, yet we are the ones that are venerable and used as tools for electoral violence. We thought it wise to come together to sensitize and educate our youths on the need to be more concerned about politics and their future and to stop being used as political tools.

Do you think the youth have the experience to take over leadership?

One of the fundamental problems of the youth is experience. It is a process; they must first get involved and then build on it. Most of the youth have done fantastically well in entrepreneurship and other various aspects of life. We also have youths that have functioned well in government.

For instance, l was Senior Special Assistant (SSA) to former Governor Babatunde Fashola on Works and Infrastructure. I also served in the capacity as Special Assistant on Budget Deliverables Monitoring (Office of Deputy Chief of Staff), likewise as Land Officer. 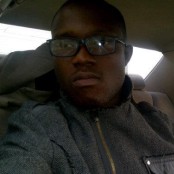